It is now six years since the 2007/2008 financial crisis. Today, many nations are bankrupt, many municipalities are broke, and millions of people are under water. However, that is just the tip of the iceberg. In order to paper over the fragile world banking system, central bank credit has created/ enabled/or financed more than one thousand trillion dollars of derivatives debt. Few of us understand derivatives trading or how the highly leveraged market works. But we do know speculation in derivatives brought down the United States housing market.

According to the National Association of Securities Dealers: “Derivative is a generic term applied to a wide variety of financial instruments that derive their cash flows, and therefore their value, by reference to an underlying asset…”

There are 3 more zeros of derivatives debt than the combined value of all goods and services produced on earth.

Derivatives are financial instruments that derive their value “by reference to an underlying asset.”  What underlying assets could possibly give value to $1 quadrillion of debt?

A few things are obvious when you look at the size of global derivatives debt:
1) We already have hyper-credit creation;
2) There is relatively very little real collateral underlying the debt;
3) The only way the debt can be repaid is by more hyper-credit creation;
4) Eventually, the highly leveraged debt will take down the entire global economy.

Can central banks inflate the quadrillion dollar bubble forever?
No. According to Stein’s Law (Herbert Stein), hyper-credit creation will stop:

“If something cannot go on forever, it will stop.”

The climactic end of the dollar bubble is certain.  The derivatives debt of America’s too-big-to-fail financial institutions can never be repaid (without hyper-money-printing). Across the globe, there are more Lehmans, AIGs, MFGlobals, and Bear-Stearns now than there were in 2008. Just one collapse could ignite the fire of contagion. Banks’ exposure to derivatives debt will be crippling during subsequent market gyrations. 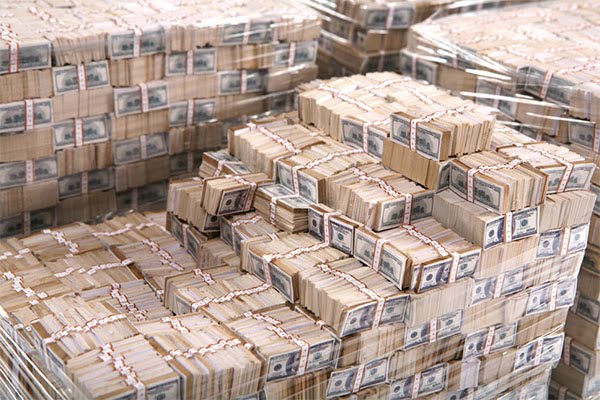